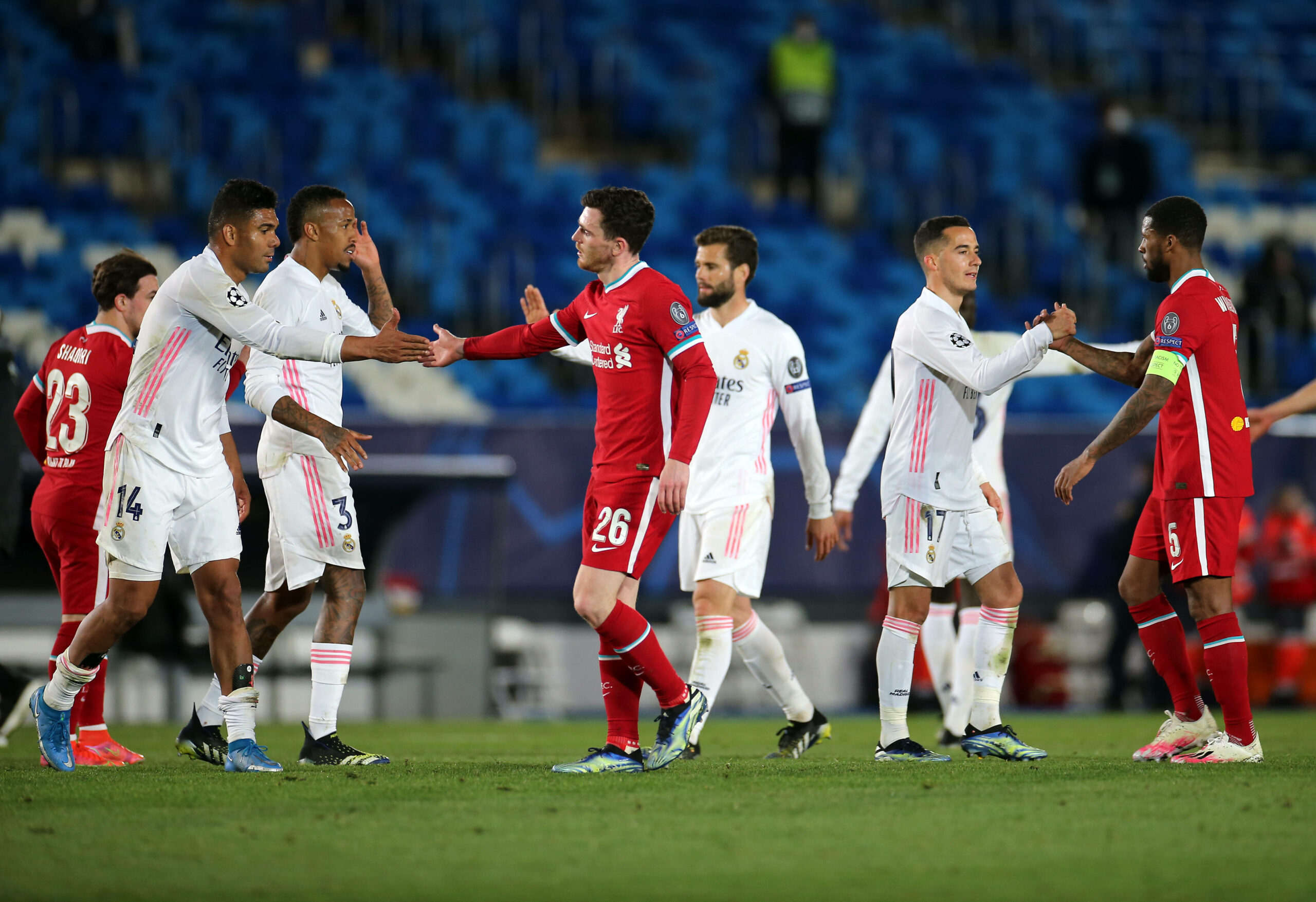 Liverpool were beaten 3-1 by Real Madrid in the first leg of the Champions League quarter-finals last night.

Goals from Vinicius Junior and Marco Asensio sealed a vital advantage for the home side ahead of the return leg at Anfield.

Mohamed Salah’s away goal will give the Reds some hope heading into the second leg but it will be a massive challenge for them especially without key players like Virgil van Dijk and Jordan Henderson.

Here are the top three observations from last night’s contest between the two European giants.

The England manager left the Liverpool right back out of the squad during the international break because of his defensive vulnerabilities this season and he has been proven right after last night’s display.

Alexander-Arnold was a target for the Real Madrid attackers from the start and he played a big role in two of Real Madrid’s goals.

Vinicius skinned the Liverpool star throughout the first half and Alexander-Arnold’s poor clearance led to Asensio’s goal.

Zinedine Zidane prepared his team well for last night’s game and he worked out the Liverpool game plan perfectly.

The Reds were expected to attack with their fullbacks and Zidane managed to exploit the gaps left behind by the likes of Alexander-Arnold and Andy Robertson.

The likes of Toni Kroos kept finding space behind the Liverpool defence with their long passing.

Furthermore, Liverpool’s high line cost them dearly especially with the Reds midfielders failing to pressurize the likes of Kroos and Modric on the ball. The Real Madrid duo had enough time on the ball to pick out the runs of Vinicius and carve open the away defence.

Liverpool will be worried about some of the performances from their key players last night. The likes of Sadio Mane, Alisson and Gini Wijnaldum looked like a shadow of their former selves.

Mane’s drop-off in form has been remarkable and the Senegalese put in an abysmal performance. Not only did he lack in sharpness, but Mane’s drop in confidence and poor decision making was also evident.

Wijnaldum was sluggish on the ball and his closing down was quite poor. The Dutchman was caught ball-watching for Real Madrid’s third goal of the game.

As for Alisson, the Brazilian has cost Liverpool valuable points in the league against the likes of Manchester City and Leicester City in recent months and he wasn’t his usual self against Real Madrid either. He should have done better for the third goal.