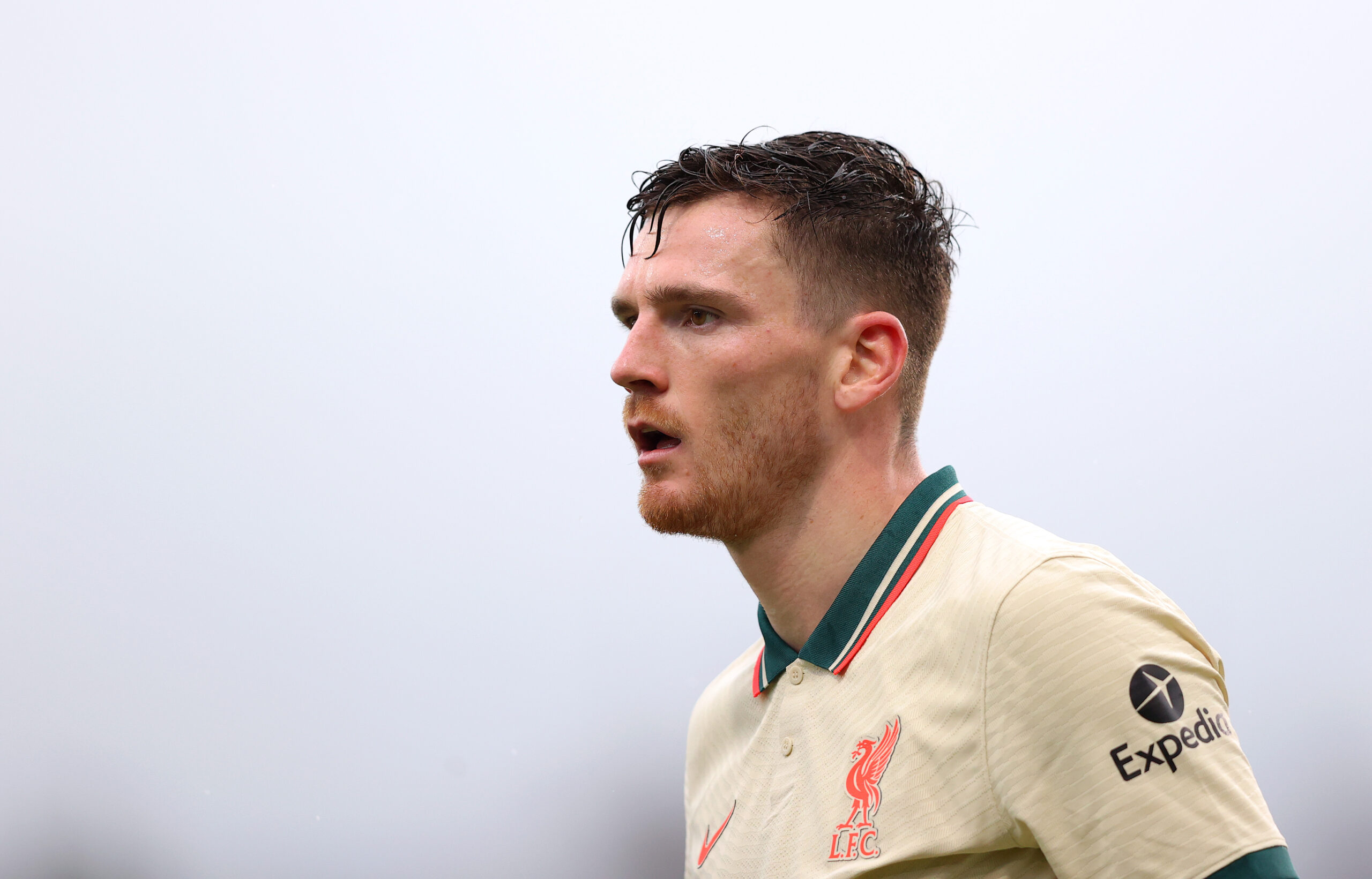 The Reds, who claimed a crucial 2-0 first-leg victory over Inter Milan in midweek Champions League action, currently sit nine points adrift of the Cityzens in the Premier League table.

Going into their Saturday’s home meeting with relegation-battling Norwich City, Robertson delivered his verdict on Liverpool’s position in the Premier League title race.

“I don’t like the games in hand; I would rather have points on the board. I have always been like that,” the left-back told Sky Sports as relayed by the Manchester Evening News.

“When people say you have got games in hand, I’m always like, ‘Yes, but you have got to win those games to make it count’.

“We know how difficult Leeds can be, so I would much rather have points on the board and much rather be in City’s position, that is for sure, nine points clear.

“But, like I have said, we just need to keep putting pressure on them. That is all we can do. We need to keep winning our games so they know that they cannot slip up.

“If they do drop points, we need to be ready to pounce.”

Pep Guardiola’s appear to be in complete control of the Premier League title race, but the Reds’ four-game winning league streak suggests they are going nowhere.

As mentioned by Robertson, Liverpool will have to wait for the Cityzens to slip up and seize every opportunity they could have in the remainder of the season.

While the Merseysiders head into their Anfield clash against 18th-placed Norwich as overwhelming favourites, Man City face a stern test in the shape of Tottenham Hotspur.

So, Matchday 26 could be Liverpool’s first chance to whittle down the gap on the reigning English champions and extend their unbeaten home league streak to 16 games in the process.

Sunday’s game will also be a chance for Luis Diaz, who could trigger some changes in Klopp’s all-star attacking trio, to get off the mark in the red shirt.

How Could Liverpool Line Up in Attack Against Leicester City?
Liverpool April 2022 Preview: Fatigue the biggest enemy as Klopp’s men play eight times