Gini Wijnaldum reflects on his time at Liverpool 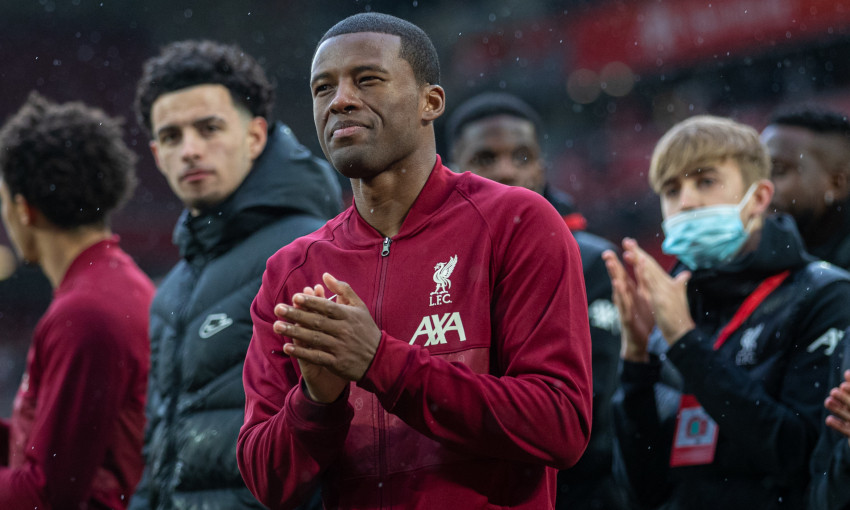 Liverpool midfielder Gini Wijnaldum made his final appearance for the club on Sunday against Crystal Palace and he was given a guard of honour from his team mates for the contributions he has made since joining the club.

The Dutchman has helped Liverpool win the Premier League and the Champions league during his time at Anfield and his contract is set to expire in six weeks.

The player is expected to join Barcelona on a free transfer but he has revealed that he will be a Liverpool supporter for life.

Wijnaldum said to the club’ website: “If it’s possible, I would love to come back. The feeling I have, the feeling my family has with this club, is only good things. I hope that it would be possible that I come back to watch a game and support Liverpool because I will be a Liverpool supporter for life.”

The midfielder also claimed that the only regret he has is that he could not leave with the trophy this season.

The Dutch international paid his tribute to the Liverpool fans as well and he revealed that the opportunity to play in front of them at Anfield has been an unbelievable experience.

He said: “When people ask me, ‘How is it to play at Anfield for the supporters of Liverpool?’ it’s difficult for me to describe how it is, because I cannot find the right words for it. I just say, ‘That’s something you have to feel.’ Going to Melwood and now Kirkby, that’s something you have to feel, something you have to see as a player. For me, that’s the most important thing I will have in my heart. And of course the extra things – the Champions League; the title was unbelievable, especially because the club had to wait for 30 years. Unfortunately, we couldn’t celebrate it with the fans. But they were all the extras for me.”

It will be interesting to see how Liverpool replace a key player like him next season. Wijnaldum has played in multiple roles across the midfield and in defence for the Reds and his availability has been invaluable to the side over the years.