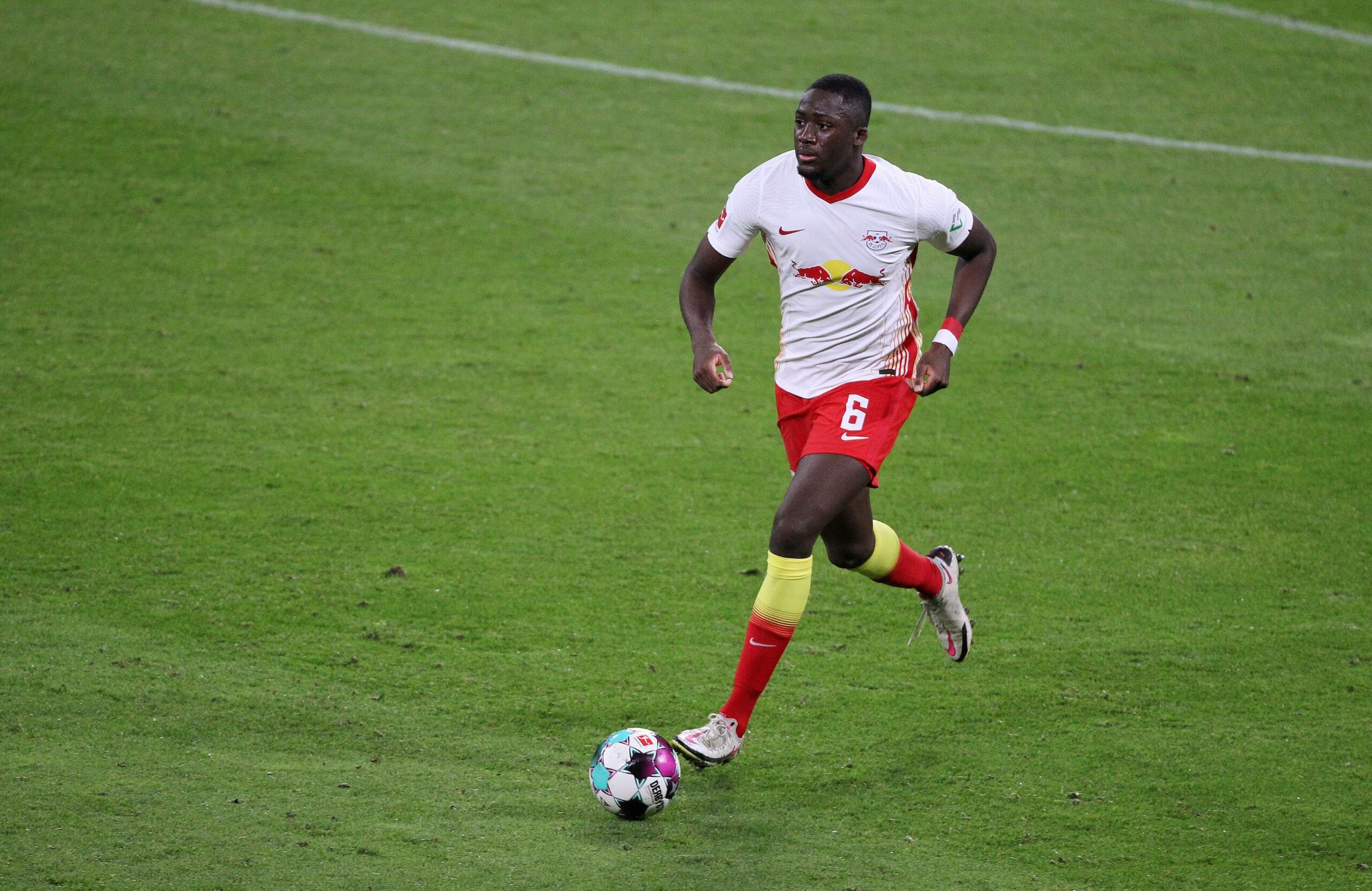 Liverpool have been linked with a move for the RB Leipzig defender Ibrahima Konate in recent weeks.

According to a report from the Athletic earlier this month, the Reds are close to activating the Frenchman’s release clause.

The player has now been quizzed about Liverpool’s interest in him and Konate has revealed to Bild that he is yet to receive a call from Liverpool or Jurgen Klopp.

The 21 year old French defender dismissed the links as rumours and he revealed that he has a contract with the German club until the summer of 2023 and he intends to fulfill his contract.

He said: “There are often rumors in football and many believe them immediately. I or my agents did not get a call from Liverpool. I also have big goals with RB Leipzig”.

The Reds needs to improve their defensive options in the summer and Konate could prove to be a quality addition in the long run.

The Frenchman is rated as one of the most talented young defenders across Europe right now and he could replace the likes of Joel Matip and Joe Gomez in the starting lineup next season.

Both Gomez and Matip are excellent defenders but they are unreliable because of their injury history.

The 21-year-old could partner Virgil van Dijk at the heart of Liverpool’s defence next season and it will be interesting to see if the Reds can pull off his transfer in the coming weeks.

Apparently the player has a release clause of around €40 million in his contract.

The reported fee could prove to be a bargain for Liverpool if Konate manages to fulfill his potential at Anfield.

Jurgen Klopp has done well to nurture young defenders like Trent Alexander-Arnold and Joe Gomez during his time at Anfield and he could help the young Frenchman improve as well.