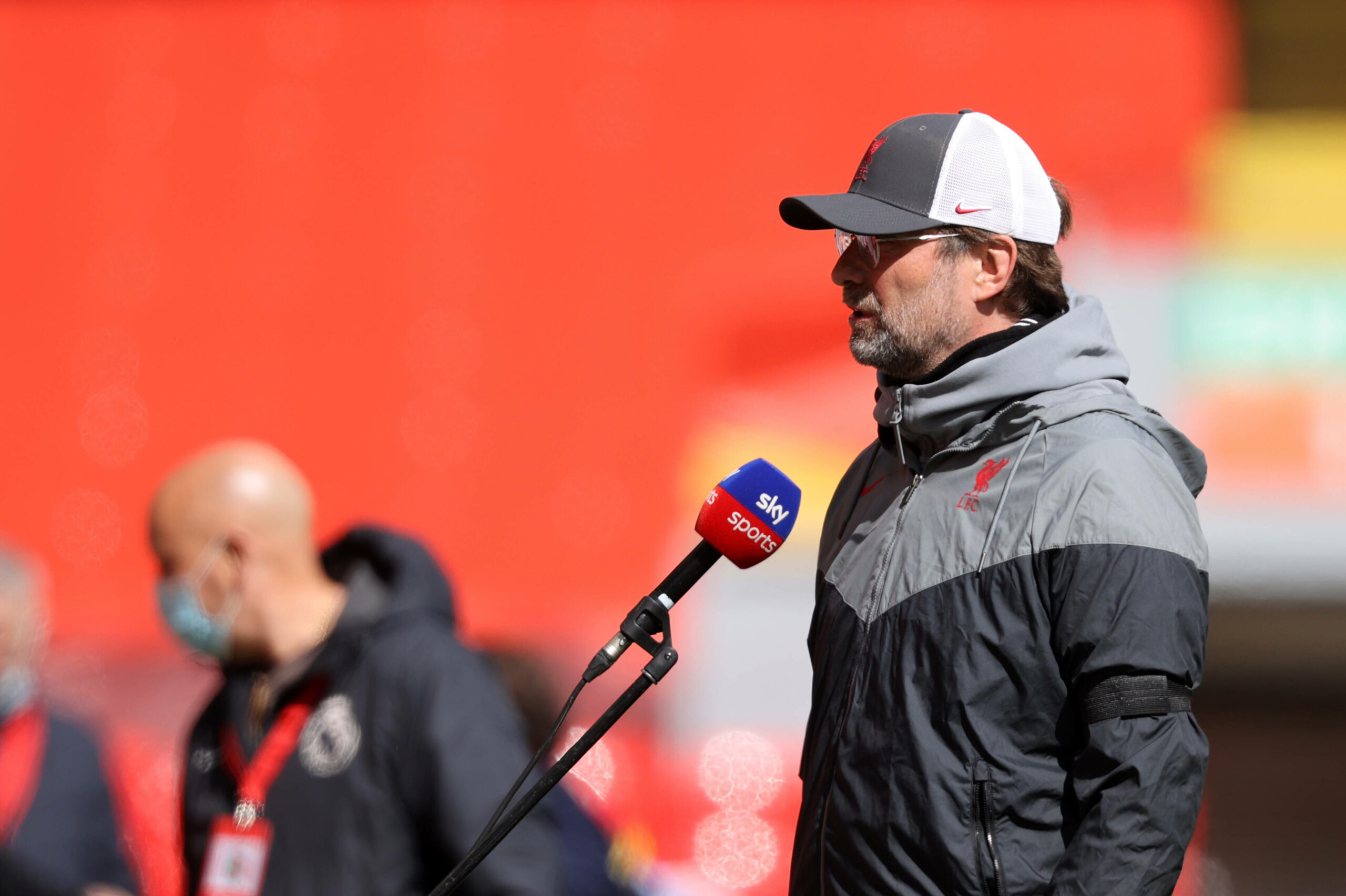 Jurgen Klopp addressed the rumours surrounding his future at Liverpool after his side’s 1-1 draw against Leeds United in the Premier League last night.

There have been rumours that the German manager could walk away after Liverpool’s participation in the European Super League was confirmed on Sunday.

Klopp had previously revealed in 2019 that he was not keen on the idea of the Super League.

The Liverpool manager has now refuted claims of a potential resignation and he has revealed that he is a football coach and he will continue to do his job.

Klopp also maintained that he will try and sort out the situation because he feels responsible for the team, the club and the relationship with the fans.

He said: “I heard today that I would resign or whatever. When the times get even tougher, that makes me more that I’ll stay here.

Apparently the Liverpool manager had no idea that the club would join up with eleven other European clubs to form the breakaway tournament and the club hierarchy never consulted with him before making a decision.

The clubs participating in the European Super League have already been worn by the likes of UEFA and FIFA and they have faced major backlash from football fans across the globe over the last couple of days.

It will be interesting to see how the situation unfolds over the coming weeks.