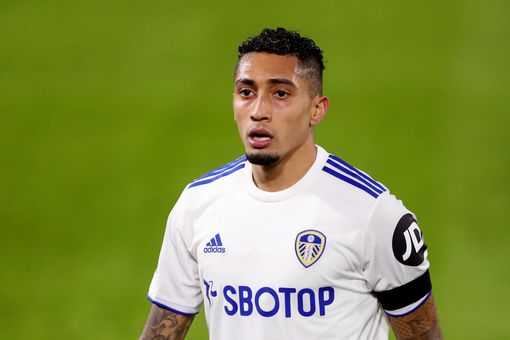 Liverpool are thought to be interested in signing the Leeds United winger Raphinha this summer.

The Brazilian has been outstanding for the Premier League side since joining them in a £17 million deal at the start of the season and his performances have attracted the attention of Manchester United, Liverpool and Manchester City.

It will be interesting to see if the Reds can sign the player this summer. They are in need of a quality winger and Raphinha would be a superb investment for them.

The Brazilian has already adapted to the Premier League and he could make an immediate impact at Anfield if he joins the club next season. He will add goals, pace and flair to the Liverpool attack.

However he has a long term contract at Leeds United and the Whites are under no pressure to sell him just yet.

Leeds are likely to demand a premium if they are forced to part with his services this summer and it remains to be seen whether the Reds can afford the asking price.

Liverpool are likely to be cash strapped if they miss out on Champions League qualification and they might find it difficult to compete with the likes of Manchester United and Manchester City for the Brazilian winger.