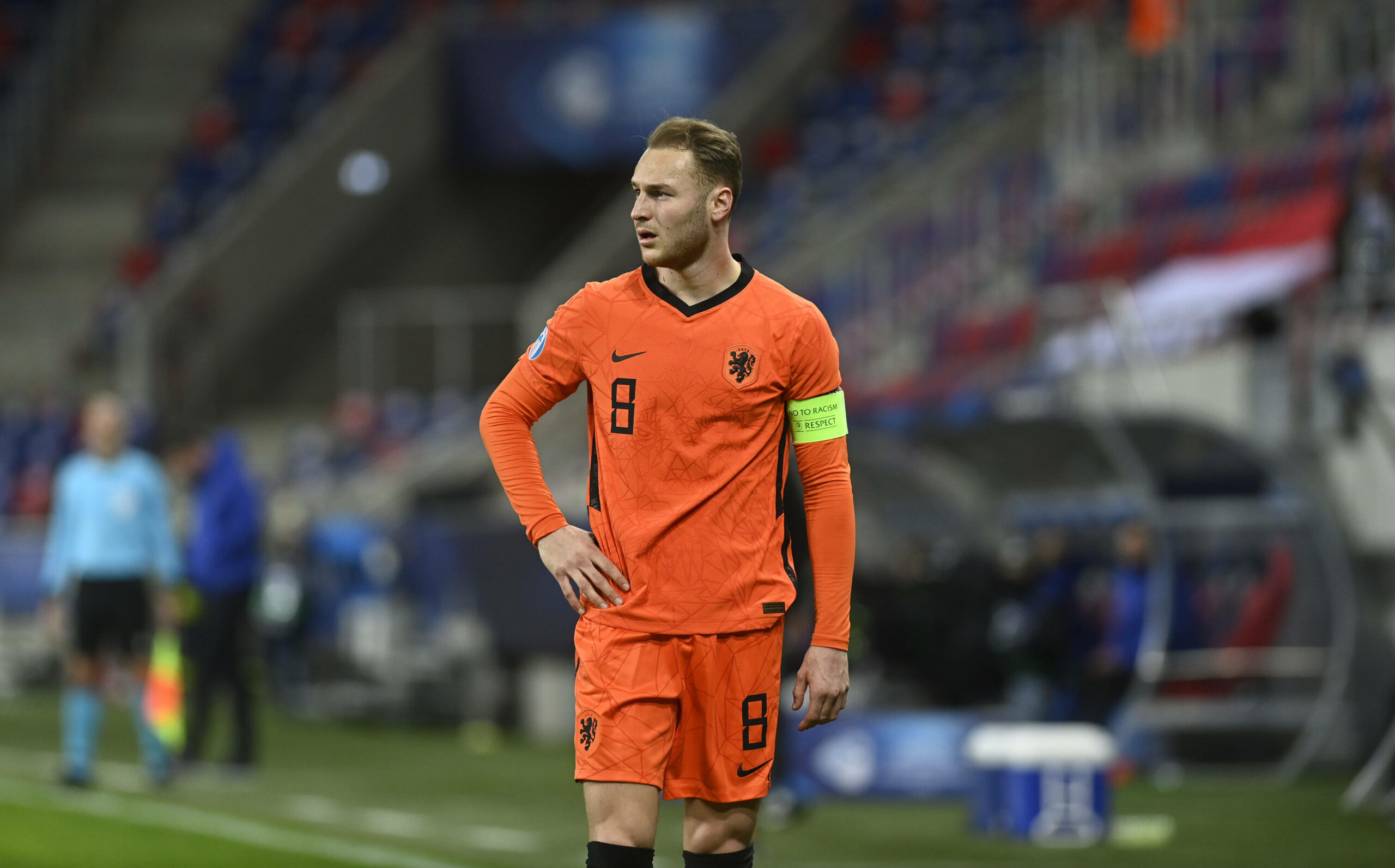 Liverpool are thought to be looking at the Dutch midfielder Teun Koopmeiners as a potential replacement for Gini Wijnaldum.

According to AS, the 23 year old is a target for Roma, Inter Milan, Napoli and Sevilla as well.

Wijnaldum is expected to leave Liverpool at the end of this season with his contract coming to an end and Koopmeiners would be a solid long term investment for the Premier League club.

The 23-year-old has been outstanding for AZ Alkmaar and his performances have caught the attention of several European clubs.

Our View: Final piece of the puzzle for Jurgen Klopp’s midfield

The highly talented central midfielder has a different skill set compared to Wijnaldum and he will add creativity and goals to the side.

The Liverpool star has often been criticised for the lack of goals and assists but Koopmeiners could add a new dimension to Jurgen Klopp’s midfield. The 23-year-old has scored 17 goals this season and he is quite effective from set-pieces as well. The midfielder has 7 assists to his name as well.

The youngster can operate as a central midfielder as well as a box-to-box midfielder. Liverpool have players who can control the tempo of the game in Thiago and Keita. Furthermore, they have a quality defensive midfielder in Fabinho as well.

However, they are missing a goalscorer at the middle of the park like Koopmeiners.

The player has a contract with AZ Alkmaar until the summer of 2023 and he could cost around $20 million this summer. The reported fee could prove to be a major bargain if he manages to fulfil his potential and Liverpool should look to snap him up as quickly as possible.