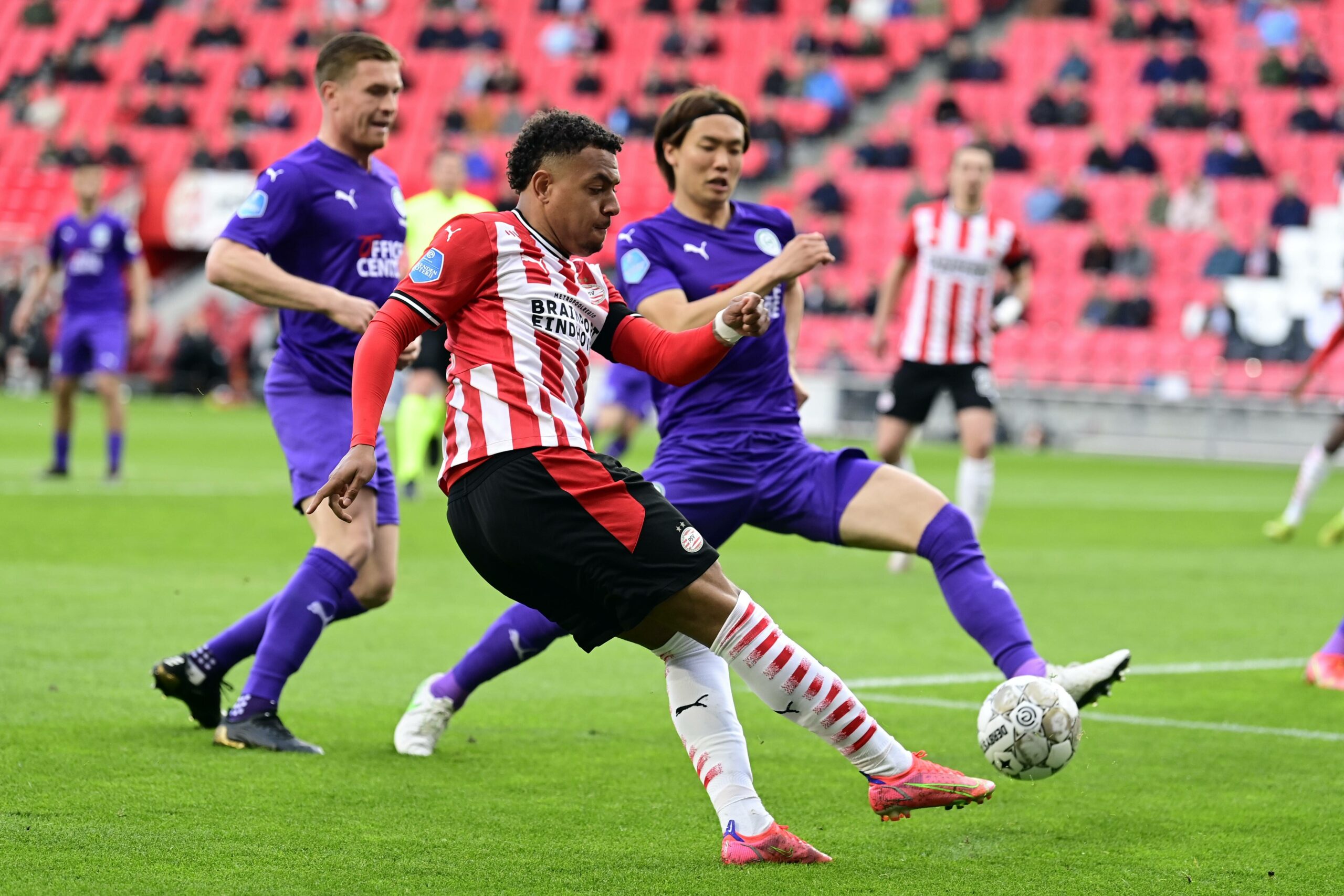 Liverpool are looking to improve their attacking options in the summer and they have identified the PSV Eindhoven forward Donyell Malen as a potential target as per 90min.

The 22 year old has done exceedingly well in the Dutch League this season and he has 17 goals to his name so far.

His side are second in the League table and it will be interesting to see if he can lead them to silverware this season.

The likes of Roberto Firmino and Sadio Mane have been in abysmal form this season and they need more competition next year.

Someone like Malen can play as a striker as well as a wide forward and he would be an ideal addition to Jurgen Klopp’s attack.

The 22 year old has the talent and potential to improve further and Klopp could help him achieve his potential at Anfield.

It will be interesting to see if the two clubs can agree on a fee in the coming weeks.

Apparently, the player is valued at £25 million and he has been linked with the likes of AC Milan, Barcelona and Juventus as well.

The chance to move to Liverpool is an attractive proposition for most players and it remains to be seen whether they can tempt the 22-year-old to move to Merseyside this summer.