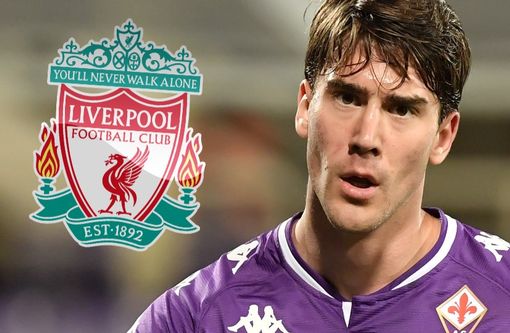 Liverpool are looking to sign a quality goal scorer this summer and they have been linked with a move for the Fiorentina striker Dusan Vlahovic.

The talented young striker has been in outstanding form this season and the Reds have already opened talks to sign him. Vlahovic has 17 league goals to his name so far this season.

Apparently, the Premier League side have held a meeting with the striker’s representatives and they have had initial discussions with his club Fiorentina as well as per Inside Futbol.

The player is reportedly valued at around €40 to €50 million.

It remains to be seen whether the Reds are willing to follow up on their interest with a concrete offer in the coming weeks now.

The towering striker is an excellent finisher and his aerial ability will add a new dimension to the Liverpool attack.

The likes of Roberto Firmino have been in abysmal form for over a year now and here in Klopp must look to find an upgrade on the Brazilian.

Vlahovic is a prodigious talent who has a massive future ahead of him and he could push Firmino for the starting berth next season.

It will be interesting to see if the two clubs can agree on a transfer in the coming weeks.

The chance to play for a top club like Liverpool must be tempting for the young forward and a manager like Jurgen Klopp could help him improve his game further.