Liverpool players that will feature in Euro 2020 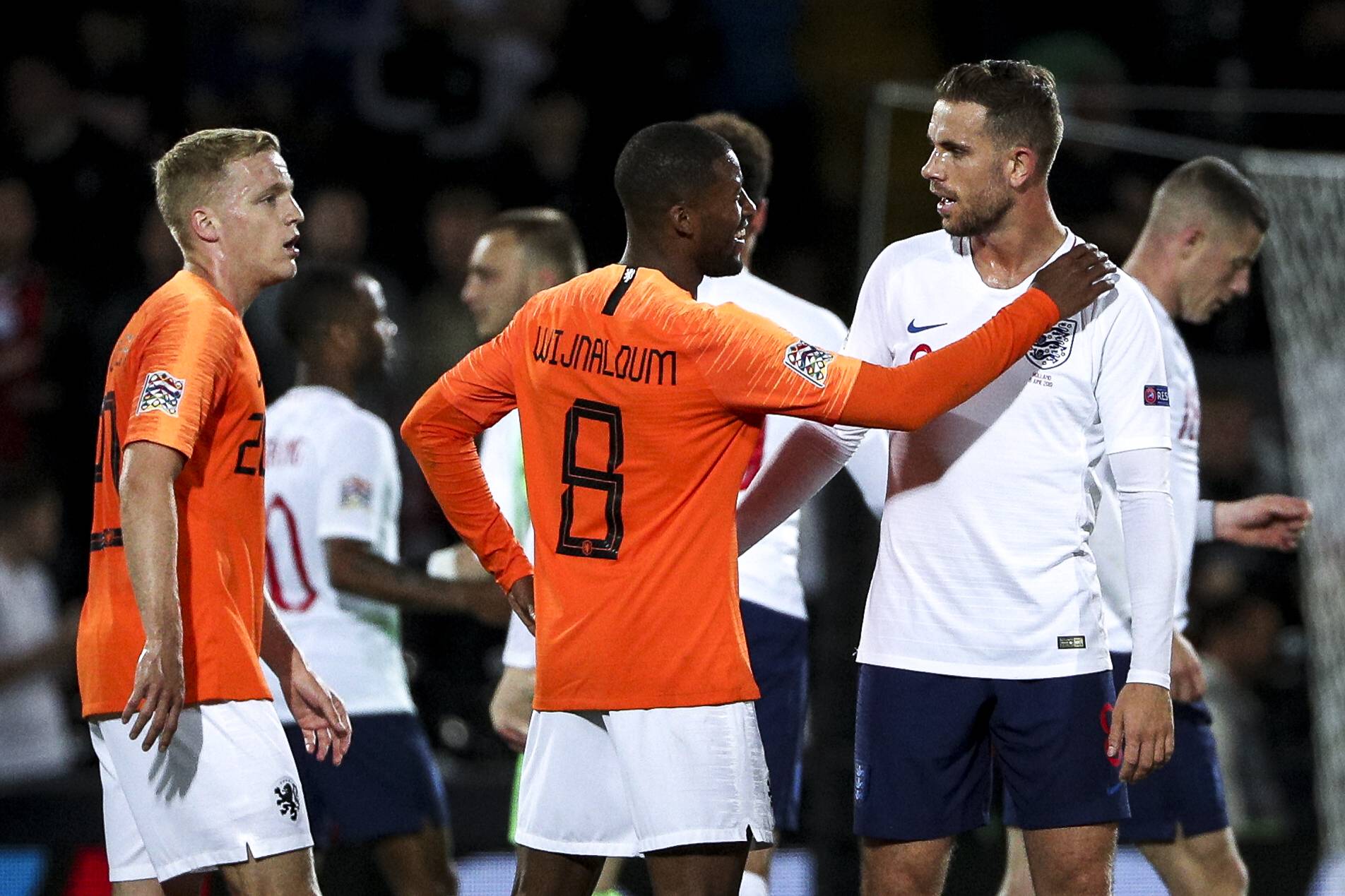 We are just a few days before the 16th edition of the UEFA European Championship kicks off with Italy taking on dark horses Turkey in Rome.

Many of the best players on the planet will be competing in this summer’s edition and it promises to be an exciting one.

Liverpool have a total of eight players that will be featuring in the tournament. Unfortunately, it couldn’t be nine as Trent Alexander-Arnold had to pull out from the England squad owing to a thigh injury he sustained in the friendly against Austria a few days ago.

Here are all the players from Liverpool we could see in the Euros this summer.

The Swiss international made 22 appearances for Liverpool in 2020/21 out of which only seven were starts. However, Shaqiri is always a regular for his country and will undoubtedly be one of the first names on Vladimir Petkovic’s team sheet.

The former Bayern man scored the goal of the tournament in Euro 2016 and will be expected to play an important role for his nation this summer.

Switzerland are in a fairly tricky group that has Italy, Turkey and Wales. They might not finish in the top two but could have enough to make it through to the knockout stages as one of the best-ranked third-placed teams.

The youngster joined Liverpool on loan from Schalke this January and was almost immediately included in the playing XI. Kabak made 13 appearances for the Reds across all competitions.

The 21-year-old is one of the many promising prospects that Turkey have at present. Senol Gunes’ side are among the dark horses of the tournament (at least I think so) and Kabak will be expected to form a strong partnership at the back with Caglar Soyuncu.

Turkey are in Group A alongside Italy, Switzerland and Wales and are heavily favoured by Vwin and other football bookmakers to reach the knockout stages. Beyond that though, it’s anyone’s guess.

The 20-year-old has featured sporadically for Liverpool this season but that didn’t prevent him from being called up to the Welsh team for the Euros.

Ever since making his debut against Bulgaria last September, Williams has gradually been featuring regularly for his national team and we could see the same this summer. It will be interesting to see how the right-back fares in the tournament.

Wales were perhaps the biggest surprise of Euro 2016 but a repeat of that seems farfetched and they could well finish bottom of their group behind Italy, Turkey, and Switzerland.

It won’t be long before the 30-year-old is not a Liverpool player but his contract doesn’t run out until the end of this month nor has his transfer been officially announced.

Wijnaldum was an ever-present figure for Jurgen Klopp’s side in the past season, making 51 appearances across all competitions with three goals to his name.

The Dutchman will be captaining his nation at the Euros in the absence of fellow Liverpool teammate Virgil van Dijk and will be expected to play a key role for the Oranje.

The winners of the tournament in 1988 are in Group B alongside Austria, Ukraine, and debutants North Macedonia. They aren’t among the favorites but are expected to easily make it through to the knockouts.

The Liverpool skipper’s last match of the season came against Everton back in February which saw him get injured. However, he was fit enough to be included in Gareth Southgate’s 26-man squad for the Euros.

Henderson came on as a substitute in England’s recent friendly against Romania and provided he is fully fit, there’s a good chance of him starting in the tournament.

The Three Lions are among the favorites for the Euros and are in a group comprising of Croatia, old enemies Scotland, and Czech Republic. They are heavily favored to take top spot and go through to the knockouts.

The 27-year-old was one of Liverpool’s best players during 2020/21, amassing a goal and seven assists from his 50 appearances across all competitions.

Robertson will be captaining his country Scotland in only their third Euro and first major tournament in 23 years. The left-back will be expected to lead from the front and deliver for his team in the competition.

The Scots are in a tough group alongside England, Croatia and Czech Republic and qualification to the knockout stages is tough. However, it wouldn’t be too surprising if they managed to somehow reach the last 16.

Overall, the Spanish international didn’t have the best of seasons with Liverpool but put in some good performances during the final few matches. Thiago made 30 appearances across all competitions, finding the net against Southampton.

The 30-year-old has found a place in Spain’s Euro squad and there’s a fair chance of him starting in their matches.

The three-time champions are in a fairly easy group alongside Poland. Sweden, and Slovakia. They have a very strong chance of taking top spot although the Poles can be a tricky side to beat.

The 24-year-old had a few injuries during his first season with Liverpool but still ended up netting 13 goals in 30 matches across all competitions.

Portugal have plenty of attacking talent but Jota still has a good chance of starting for them in the Euros and Fernando Santos will expect him to have a good first major tournament.

The reigning champions are in Group F of the competition along with France, Germany and underdogs Hungary. Portugal are one of the favorites and are expected to go long in the tournament. Despite the group being tough, Cristiano Ronaldo’s side have the capability of getting out of this group.