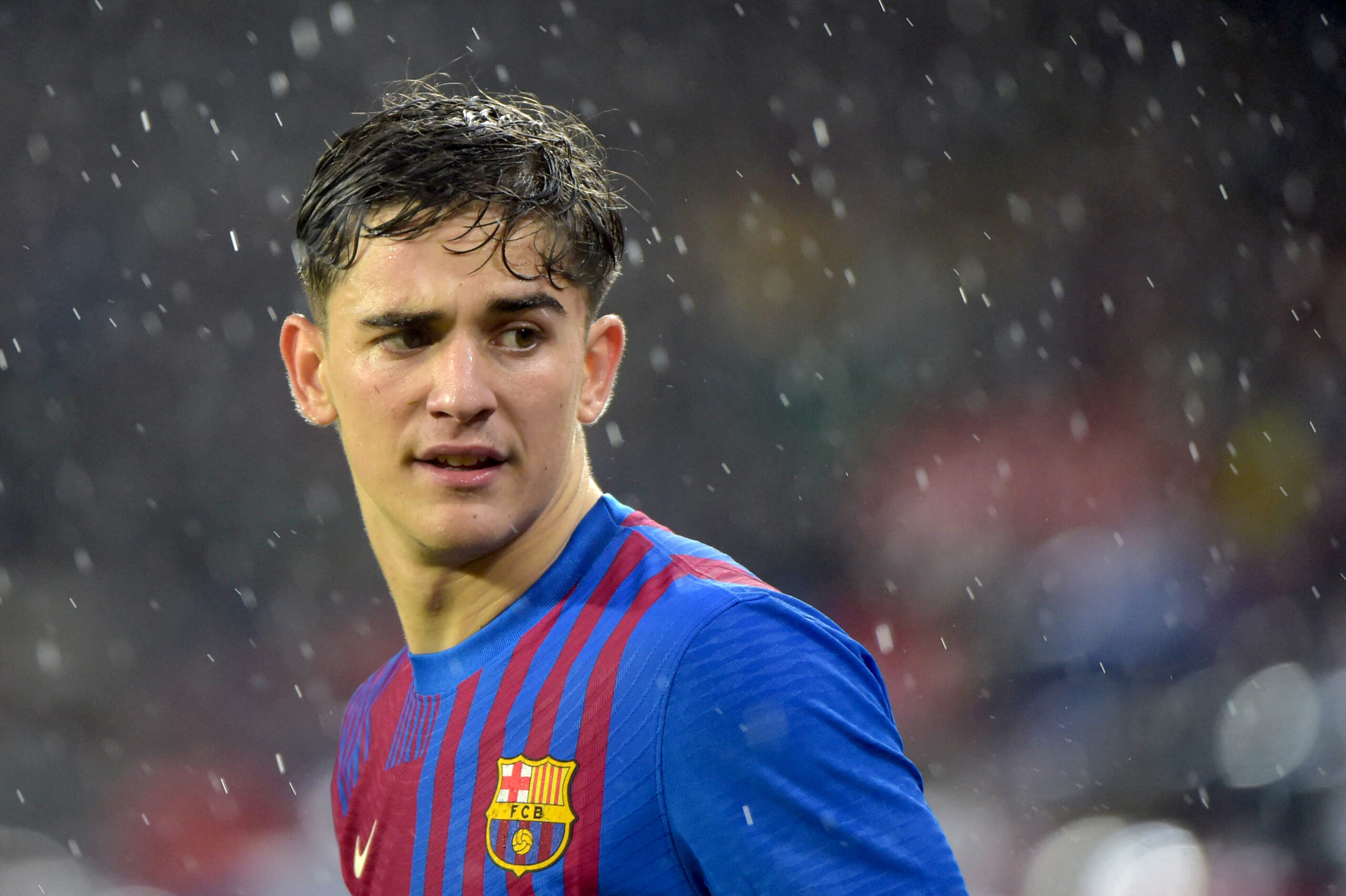 Liverpool reportedly plot a massive January bid for Barcelona rising star Gavi to plug the holes in the midfield.

Gavi has a relatively affordable £41.7 million release clause inserted in his current contract at Barcelona, and with the Catalans in desperate need of the funds, the deal looks feasible.

Barca have yet to make enough room in the wage bill to make marquee January signing Ferran Torres an active squad member despite offloading Philippe Coutinho to Aston Villa.

Despite acquiring the winger’s signature from Manchester City, the Spaniards have to get rid of several first-team players to register his contract.

Though the Barcelona hierarchy keep Gavi in high esteem, they may have no other option but to let their star in the making leave Catalunya this winter.

The highly-rated youngster has become one of the most consistent performers at Camp Nou since making his senior breakthrough in 2021.

Gavi, who can play anywhere along the midfield line, has racked up 23 competitive appearances this season, tallying a goal and three assists in the process.

Given the teenager’s versatility and undeniable potential, head coach Xavi Hernandez would like to build a new trophy-laden era around the Spain international.

However, Liverpool could deny him that privilege as Jurgen Klopp wants to add the Spanish whizz-kid to his star-studded squad this month.

The Merseysiders are still in contention for the Premier League title, though they would have to launch a substantial winning streak to reduce an 11-point gap on pacesetters Manchester City.

With a game in hand, the Reds still believe in their title chances, but with Mohamed Salah and Sadio Mane gone for the Africa Cup of Nations 2021, they are in need of reinforcements.

Klopp will have to find the way to replace the all-star duo ahead of Liverpool’s packed January fixtures schedule.

Known for his affection for prodigious, juvenile players, the German manager sees Gavi as the perfect addition to his well-knit roster.

With Barcelona dealing with massive financial problems, all signs are pointing in one direction.