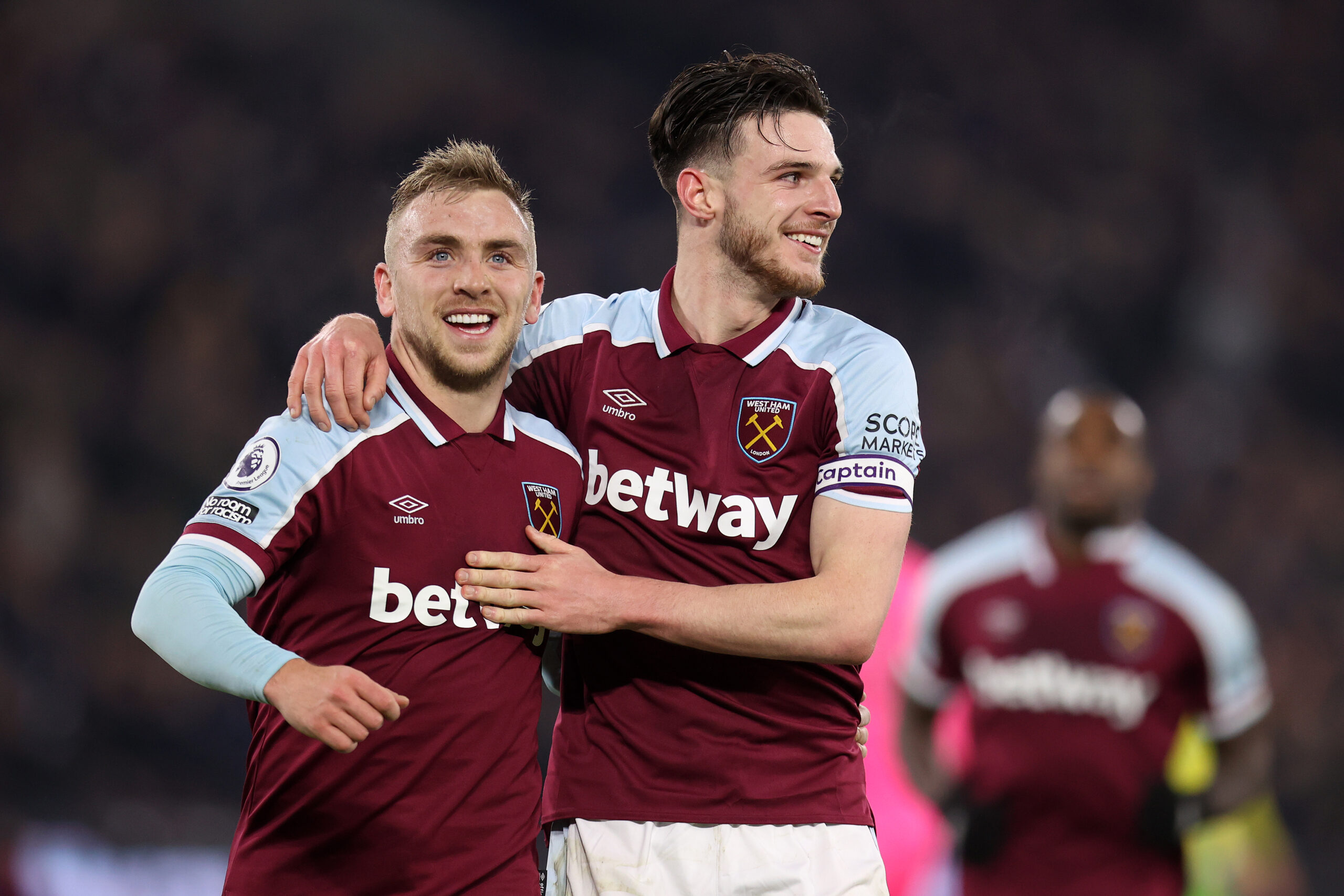 According to Football Insider, Liverpool are considering making a January approach for West Ham United ace Jarrod Bowen, with the player ‘keen’ on moving to Anfield.

The Reds are in the market for attacking reinforcements in the winter transfer window in light of Mohamed Salah and Sadio Mane’s involvement in the Africa Cup of Nations.

With the star duo set to miss out on Liverpool’s January fixtures schedule to help their countries wrap up the most prestigious international title in Africa, Jurgen Klopp needs to dive back into the market.

The Merseyside heavyweights are on the lookout for a versatile forward who can play anywhere alongside the front line, with Bowen ticking all the boxes for a type of player they are looking to recruit this month.

He has gone from strength to strength at the London Stadium since joining from Hull City in January 2020, growing into one of David Moyes’ standout performers this season.

Capable of playing on both wings equally well, the 25-year-old boasts devastating pace and a powerful left foot while he is also technically gifted.

Bowen’s contract in the nation’s capital is due to expire in 2025, and the Hammers have no intention of letting their prized asset leave in the middle of the season.

Moyes is hell-bent on guiding West Ham to their first-ever top-four finish in the Premier League and is understandably keen to keep hold of his best players, especially in the front third.

However, Bowen is reportedly poised to secure a switch to Anfield this winter.

The Englishman has racked up 30 appearances in all competition this season, scoring eight goals and assisting ten, which sums up his importance to Moyes’ tactics in a nutshell.

His versatility and tactical prowess make him the ideal candidate to fill the void left by the Liverpool star duo’s absence, but convincing West Ham to sanction the move could be rather tricky.

Therefore, the Reds are also assessing other possibilities in the market.

Leeds United’s Raphinha and Villarreal’s Arnaut Danjuma are other profiles considered by Klopp’s recruitment team, with both players enjoying decent individual seasons with their respective clubs.