Liverpool vs Ajax Preview – Prediction, how to watch & potential line-ups 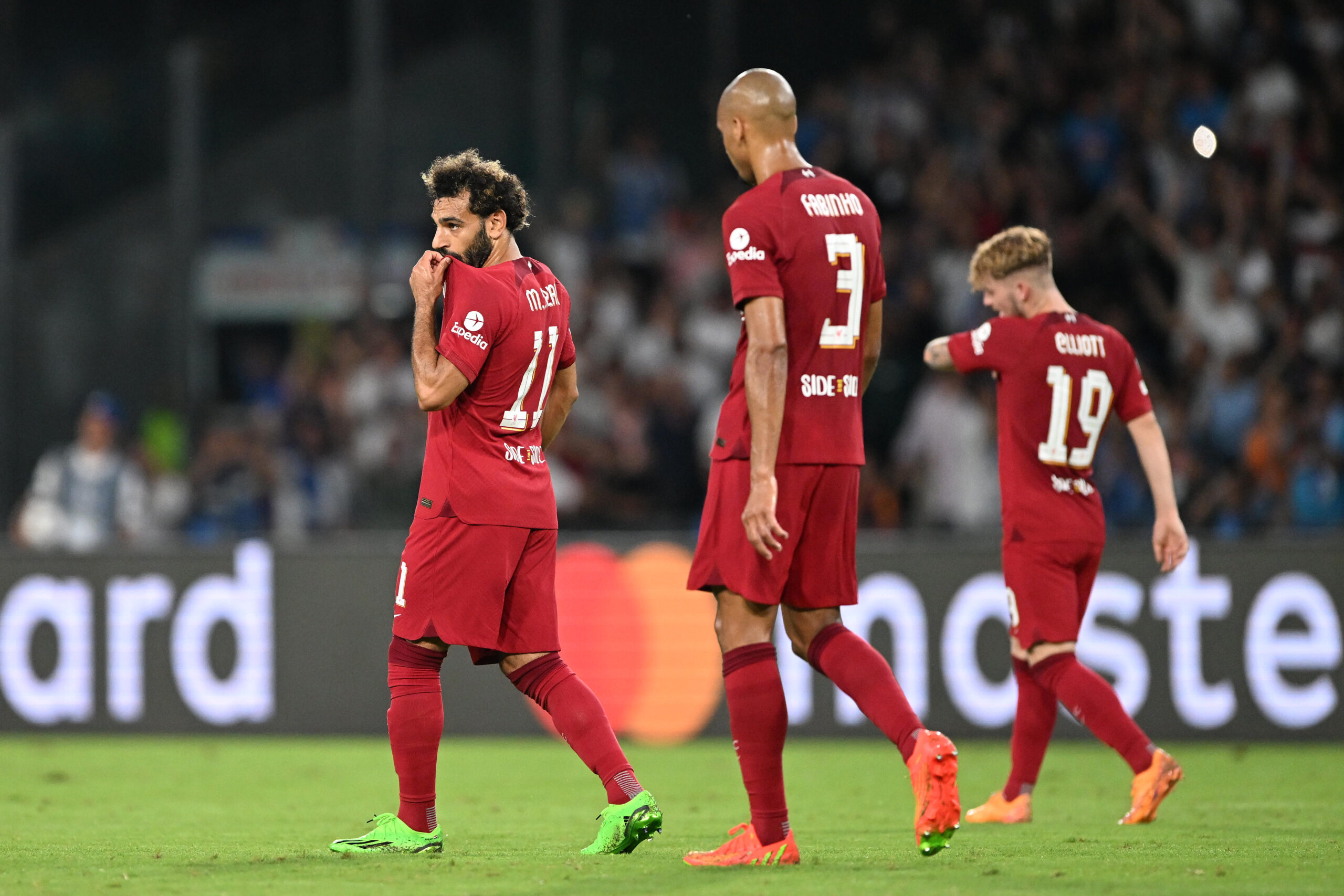 Anfield is the venue as Liverpool and Ajax go head-to-head in a handsomely-looking Champions League Group A fixture.

Back to European action following the postponement of their Premier League game against Wolverhampton Wanderers due to Queen Elizabeth II’s death, the Reds are keen to bounce back from a day-one fiasco.

Jurgen Klopp’s side succumbed to an embarrassing 4-1 defeat at Napoli in their Group A curtain-raiser, equalling their worst-ever loss in the Champions League.

Now forced to play catchup if they’re to land a top-place finish in the competition’s group stages for the fourth season running, the Merseyside heavyweights will be out to redeem themselves to the fans.

Klopp remains hopeful that the extended rest period would benefit his injury-hit squad as they will be up against a high-flying Ajax side.

Unfazed by Erik ten Hag’s move to Manchester United alongside a couple of high-profile exits, the Lancers swept Rangers aside with an overwhelming 4-0 home win on matchday one.

On top of that, Alfred Schreuder’s men thumped fellow Eredivisie rivals Heerenveen 5-0 at the weekend to maintain their winning league start to six matches.

With confidence bursting at the seams, Ajax will fancy their chances at Anfield despite going winless in their last five Champions League clashes against English opponents (D1, L4).

The absence of several first-team regulars, including Thiago Alcantara and Jordan Henderson, has contributed to Liverpool’s ongoing two-game winless run across all competitions (D1, L1).

While the club captain is unlikely to recover in time to face Ajax, the Spaniard’s impending return to the fold should bolster the Reds’ bid to avoid starting a new Champions League season with back-to-back defeats for the first time in history.

Klopp may have a solution for his side’s mini-crisis ahead of the Lancers’ visit, considering he has won all four historic Champions League meetings against them as a manager.

Ajax’s superb domestic form translates to their continental travels as the abovementioned thrashing of Rangers marked their seventh successive victory in the Champions League group stages.

Though English clubs have been the Lancers’ kryptonite lately, Schreuder’s men head into proceedings having lost only one of their last 16 away matches in Europe’s most prestigious competition.

However, the Dutch juggernauts will still have to play out of their skins to beat Liverpool at Anfield after losing their only previous Champions League visit to this venue without scoring.

Liverpool vs Ajax, alongside all other matches in Europe’s most prestigious club competition this season, is available to watch online via Champions League live streams. And if you are interested in attending a future Champions League game, check the Champions League tickets page for more information.

It is hard to make a case for Liverpool’s fragile backline to keep a free-scoring Ajax at bay, yet the Reds have enough ammunition up top to cancel out any defensive blunder.

Based on the home side’s recent showings, all three points are far from a foregone conclusion, but the Anfield crowd should enjoy a high-scoring contest, nonetheless.