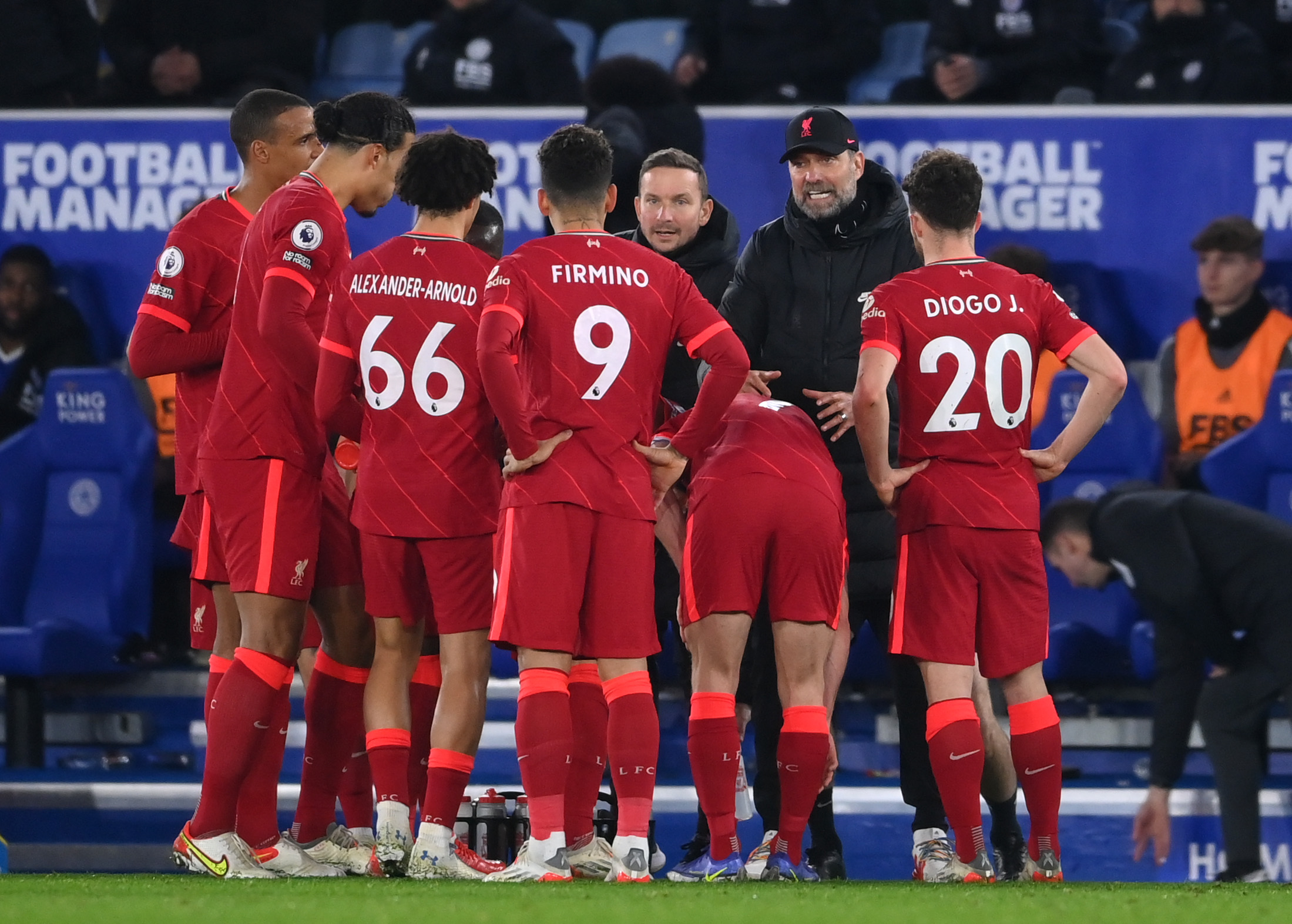 The Reds ran out of steam in the final days of 2021, going from a six-match winning Premier League streak to back-to-back league games without a victory (D1, L1).

So they will hope for a clean slate in 2022 as they aim to whittle down a nine-point gap on the Cityzens and reinforce their bid for a first Premier League title since 2019/20.

Let’s have a quick look at Liverpool’s fixture schedule in January.

The latest chapter of a long-standing rivalry between Chelsea and Liverpool should serve as a perfect introduction into the new calendar year.

There is hardly a better way to start 2022 than beating old foes in a pivotal clash that could determine the outcome of another electrifying Premier League title race, all that in their own backyard.

But taking the points away from Stamford Bridge has been a formidable challenge this season, as the Blues have only lost one of their ten league games at home to date (W5, D4).

Only four days after their blockbuster match-up with Chelsea, Liverpool will face another London-based opposition as they meet Arsenal in the first leg of their Carabao Cup semi-final tie at the Emirates.

The Reds swept Mikel Arteta’s team aside with a comprehensive 4-0 Premier League victory at home back in November, striking fear into the hearts of the Gunners’ faithful.

However, Arsenal will take confidence from beating Liverpool in last season’s Carabao Cup last-16 via a nail-biting penalty shoot-out at Anfield.

Liverpool’s inaugural 2021/22 FA Cup fixture against Shrewsbury Town looks like a perfect opportunity for Jurgen Klopp to rest some of his first-team stars.

With all due respect to a mid-table League One outfit, a sizeable gulf in quality between the sides suggests the Merseyside heavyweights should sail past the Shrews here.

Given Liverpool’s exhausting January schedule, this encounter should provide Mohamed Salah and co with a much-required breathing space ahead of the upcoming Premier League challenges.

Regardless of the outcome of the first leg in London, Liverpool’s Carabao Cup tie against Arsenal is likely to learn its fate at Anfield.

Since ten of the last 11 competitive meetings between the Reds and the Gunners here have featured 4+ overall goals, the home crowd could be in for a treat.

Luckily for Klopp, his men have not lost any of those 11 fixtures within 90 minutes of play (W7, D5), notably scoring 3+ goals on nine occasions in the process.

An action-packed 3-3 draw in their first-ever Premier League showdown back in September means Liverpool cannot afford to take Brentford lightly ahead of their inaugural meeting at Anfield.

The Premier League newcomers experienced a noticeable dip in form down the final stretch of 2021, going from back-to-back unbeaten matches (W1, D1) to three consecutive losses without scoring.

Despite alternating between drawing and losing across their last five Premier League away games (D2, L3), Brentford are unlikely to go down without a fight.

Liverpool will complete an exhausting run of January fixtures at Selhurst Park against a mid-table Crystal Palace side.

The Reds should have the upper hand in this encounter as they’ve won each of their last nine Premier League H2Hs, including a 3-0 thrashing at Anfield earlier this season.

Additionally, since losing 3-1 in November 2014, the Merseysiders have strung together seven consecutive top-flight wins at Selhurst Park, including a mammoth 7-0 triumph in their most recent H2H here.