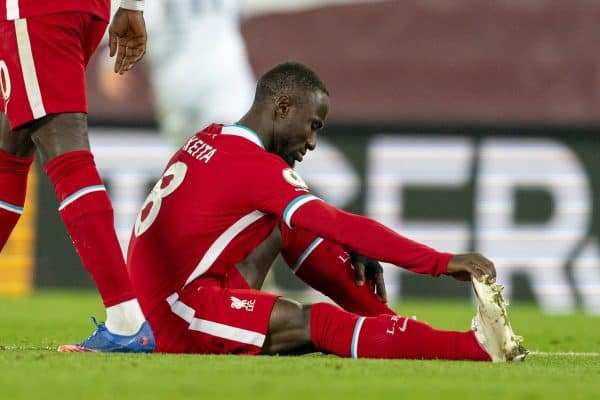 Liverpool midfielder Naby Keita is facing an uncertain future at Anfield after another disappointing season.

The Guinea international has struggled to hold down a regular starting berth at Liverpool because of his constant injury problems and it will be interesting to see if the Reds decide to cash in on him this summer.

Liverpool paid a fee of around £53 million for him back in 2018 and the midfielder has made just 76 appearances for them so far.

Clearly the Premier League side expected more when they decided to splash out that kind of money on him three years ago.

There is no doubt that Keita is a prodigious talent who has shown his quality in flashes but he needs to sort out his injury problems in order to start regularly and showcase his true quality.

According to the Athletic, the midfielder wants to stay at Liverpool next season and fight for his place but the club is under increased pressure to cut their losses on him.

The Reds are already struggling financially because of the pandemic and they could miss out on Champions League football which would further limit their transfer activities.

In this situation, they might have to cash in on their fringe players in order to sign new players and Keita might just be on the chopping block.