Raphinha reacts to links with Liverpool 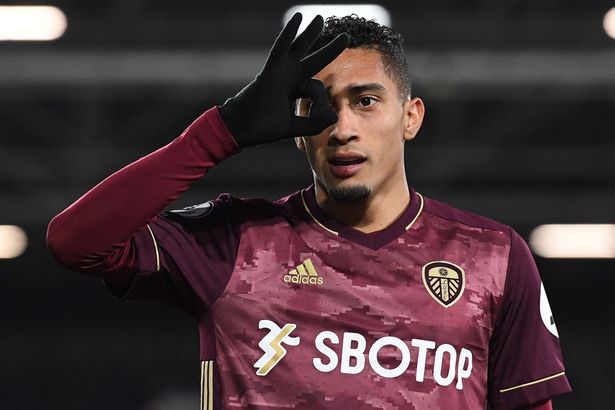 Liverpool are thought to be keen on improving their attacking options during the summer transfer window and they have identified the Leeds United winger Raphinha as a potential target.

The Brazilian winger has now reacted to the reports linking him with a move to Liverpool this summer.

Raphinha has revealed that he grew up watching players like Steven Gerrard and it is difficult for him to define his feelings when he is linked with Premier League giants like Manchester United and Liverpool.

“It is difficult to define how I feel when I hear speculation about giant teams like Liverpool and Manchester United interested in signing me.

“Man, I grew up watching these teams on television. I saw Rooney, Van Nistelrooy, Cristiano Ronaldo, but I also saw Gerrard, as well as others like Henry, Deco, Lampard,” he told UOL Esporte.

“And today I’m making people happy with my football. I am not only talking about the other clubs, but also Leeds, who was the one who bet on me. They are all very happy, including the fans who seem to have a great affection for me.

“I have a contract for another four years and I don’t even think about leaving here for exactly this reason: I am happy and making others happy.”

The Brazilian winger has been outstanding for Marcelo Bielsa’s side this season and he will add pace, flair and goals to the Liverpool attack if he moves to Anfield in the summer.

That said,  Leeds are under no pressure to sell their key player and the Reds will have to come forward with a substantial offer to change their stance.

Raphinha is quite young and he’s likely to improve in future. Even if Liverpool decide to pay a considerable fee for him, the player has the potential to justify the outlay in future.

The 24-year-old winger has 8 goals and 11 assists to his name for Leeds United in all competitions and he has proven that he is ready to play at a higher level next season.