Southampton might return for Neco Williams in the summer 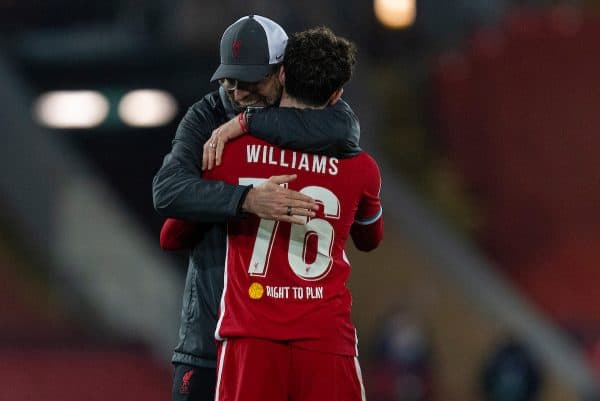 Liverpool defender Neco Williams was linked with a move to Southampton during the January transfer window.

Apparently, Southampton tried to sign the young full-back on loan but Juergen Klopp turned down the approach because of his lack of proper defensive cover.

According to The Athletic, the Premier League side are looking to sign a squad player at the end of this season on loan with an option to buy and it will be interesting to see if they revive their interest in Williams.

The young full-back has fallen down the pecking order at Liverpool and he has struggled to get game time in recent months.

It will be interesting to see if a move to Southampton can help him play regular Premier League football.

Williams has shown that he has the talent to play at this level but he will need more experience and coaching. Furthermore he will have to work on his defending especially in one versus one situations.

The young full-back is quite impressive going forward and he has the potential to develop into a quality Premier League player in future.

Williams is unlikely to force his way into the Liverpool starting lineup anytime soon and moving to Southampton on loan for a season could be ideal for him next year.