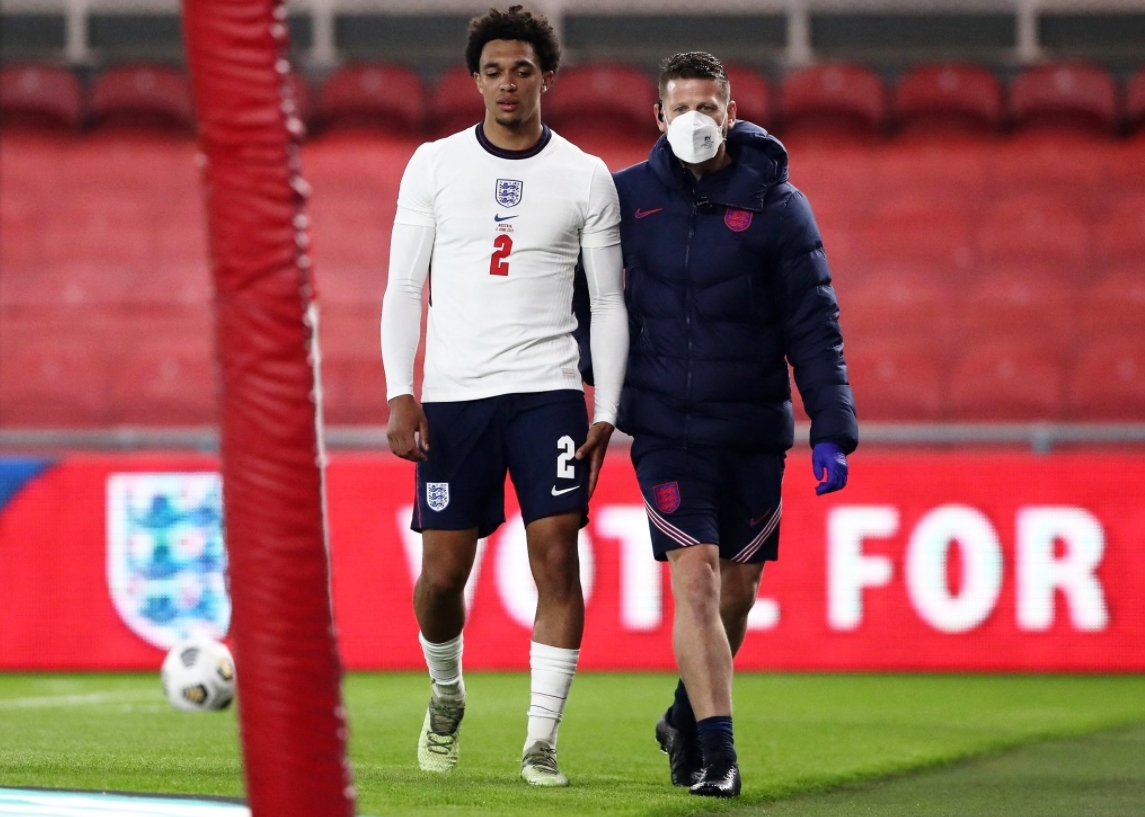 Liverpool defender Trent Alexander-Arnold has been dealt a massive injury blow ahead of the European Championships this summer.

The 22 year old right back picked up a thigh injury during the game against Austria earlier this week and reports have now confirmed that the player will miss the euros.

According to Paul Joyce from the Times, Alexander-Arnold is set for a lengthy layoff and he is unlikely to return before the end of the European Championships.

The 22 year old has been outstanding for Liverpool since the turn of the year and he will be devastated to miss out on the tournament with his country.

Gareth Southgate named the young defender in his England squad after a lot of speculation and it will be interesting to see who replaces him in the England squad in the coming weeks.

The Three Lions have already named four right backs in the squad an ideally they should look to bring in someone who can strengthen the other positions.

The injury blow could end up being a positive for Liverpool as the defender will now get some much-deserved rest over the next few months. Alexander-Arnold has been a regular starter for Liverpool over the years and he could use a breather right now.